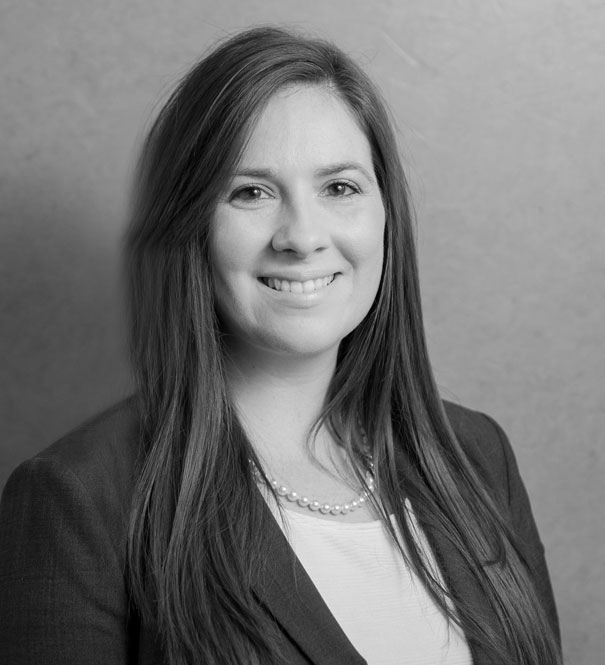 Although Kelsey D. Ratz is one of the most recent lawyers to join the firm, her history with the firm is almost as long as the firm’s founders’.  While a college student at Villanova University, she expressed curiosity and interest in pursuing a legal career, which culminated in her receiving the first internship ever offered by the firm.   As the years passed, she worked during her summer breaks from Villanova and immediately after graduation and became a legal assistant at the firm, increasing her desire and drive to become an attorney.

The firm gladly welcomed Ms. Ratz in August 2014 after she received her Juris Doctorate degree from the University of Houston Law Center.  She successfully completed the Texas Bar exam immediately following graduation and has been admitted to practice law in Texas since November 2014.

Ms. Ratz received the LEX certificate for highest grade in Legal Research and Writing in Fall 2011.  During the Fall semester of 2012, in her second year of law school, Ms. Ratz was an Intern to Justices Brown and Huddle at the Houston First Court of Appeals.  She also served as a Research Assistant to Professor Jim Hawkins at the University of Houston Law Center that summer.

She was honored to be named a Board member for the Houston Business and Tax Law Journal and was an active member on the University of Houston Mock Trial team during her second and third years of law school. She competed in 4 Mock Trial competitions and advanced to the Octafinals at South Texas College of Law’s Mock Trial Competition 2 years in a row.  As an Advocates Board Member, she ran the Blakely-Butler Moot Court Competition during her third year.

At the firm, Ms. Ratz is currently involved in all aspects of civil litigation, corporate transactional work and probate and estate planning.  Her desire to give back to the University of Houston Law Center and help the legal community is demonstrated by her willingness to act as a guest judge for mock trial practice and traveling with a team to Washington DC to assist with coaching the UHLC team in the 2015 Capital City Mock Trial Competition.